Let’s get started with baseball cards! 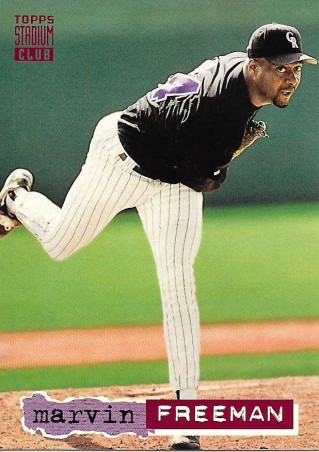 Do I know how to sell the sizzle or what?

I’ll be starting on a fairly large consignment of agricultural implement operator, technical, and parts manuals very soon. In the meantime, it’s time to spring back into eBay sales by stealing  back some shelf space. So up first in my eBay offerings to you, Dear Reader, is a lot of 100 1993 and 1994 common Upper Deck, Topps, and Donruss baseball cards, all of which I would grade at 7 or better. I think 8, but I’ll call it 7 to err in your favor.

I’ve had these since they were new, and then went from looking them over into an acrylic card storage box, and I just never caught the bug. Imagine my scratch-off lottery level of excitement as I looked up each of these 100 cards and discovered that I’m still not retiring. No, but my loss might be your gain, if you happen to collect baseball cards and just happen to have a few gaps in your 1993 and 1994 boxes. It could happen!

After looking at the prevailing prices, I figured I’d shoot for the moon with a Buy It Now option of $99.99, but you could pick this whole bundle up for less than a dime a card if you’re the only bidder at the starting price of $9.99. And there’s no reserve. And there’s free shipping. I feel like I should have a little animated party horn going off below, but I won’t do that to you.

What I will do is spare you the extra click if you just want to kick tires right here. The cards in the lot are as follows. If there’s enough there to pique your interest, you’re only one click away from taking a swing at them.

Lifelong student with interests a mile wide and an inch deep. Autodidact. Pedant, hopefully of the slightly more pleasant sort. Sharer of things learned along the way. Lately of a creative bent. View all posts by Frank Balsinger